A rare Ferrari race car sold for a record price at an auction by Sotheby’s Monterey on Aug. 25. A 1962 Ferrari 250 GTO, which had originally been driven by world champion Phil Hill sold for the highest sum ever for a car sold at auction. The car, chassis #3413, fetched $44 million at hammer, for a total of $48,405,000 including the buyer’s fee. Chassis 3413 was purchased for only $7 million in 2000 by car collector Dr. Greg Whitten, an early Microsoft employee and current chairman of Numeri, Autoblog reported. Whitten made nearly $40 million on his investment. The most money paid at auction for a GTO 250 prior to this had been $38 million, in 2014. Though $48,405,000 sounds like an astronomical figure it is dwarfed by the reported $70 million WeatherTech CEO David MacNeil laid out in a private sale for another 250 GTO in June of this year, according to Motor Authority. All Original, With a Rich Racing History The car, the third of only 36 250 GTOs produced between 1953 and 1964, has revised body work—it was upgraded by design house Scaglietti to Series II GTO/64 specs, with prominent sail panels beside the rear window. Only seven of the 36 GTOs received this upgrade. Because the body modification was factory-approved work, the car is considered all-original, with “matching numbers;” that is, the serial numbers on the chassis motor, gearbox, and differential all match the records form the factory at the time of production. The car was considered one of the most sought-after vintage Ferraris because of its rare bodywork and race history. Phil Hill was the first driver of Chassis 3413. He used the car to practice for the 1962 Targa Florio endurance race. Hill was the first American driver to win the World Driving Championship, scoring the honor in 1961. Only one other American, Mario Andretti, who took the prize in 1978, ever won the WDC. Hill was also the first American driver to win the Le Mans 24, in 1958, and again in 1961 and 1962. Any car he drove, in practice or in a race, is immediately a noteworthy vehicle. Chassis 3413 was sold in early 1962 to Mrs. Arnalda Colombo, who bought the car for her husband, the famed Italian privateer Edoardo Lualdi-Gabardi, according to Sotheby’s. Lualdi-Gabardi was a well-known privateer racer, who drove the car to nine wins and one second-place finish in 10 events that year, winning the Italian GT championship. Lualdi-Gabardi sold the car to Gianni Bulgari, in April, 1963. Bulgari, scion of the famous jewelry house, drove Chassis 3413 to victory in the 1963 and 1964 Targa Florio races. The car was raced 20 times before it was retired. It was never wrecked. Because of its history and its pristine condition, the car was considered one of the best examples of its kind. The car was raced for the final time in the Redex Trophy at Brands Hatch in 1965, where it ended its racing career with a final win. The car was later raced in numerous historic events, before being sold to Whitten in 2000. "My journey with the 250 GTO has come to an end," said Whitten told Auto Classics, "but I am excited to see how this fantastic car is enjoyed by the new owner. They will have seen the seemingly unbelievable list of superlatives that are used to describe it—legendary, historic, holy grail—but I can assure them that once they get behind the wheel, they will understand that every one of them is true."

Marilyn Monroe's convertible could fetch up to $500,000 at auction

'Rolls Royce' of whiskies sold for record $1.1 million at auction

Time is money: `Asprey' may bring up to $4 million at auction

Vintage tin collection on the auction block in Glendale 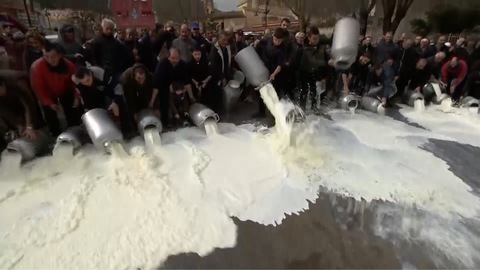 Storms Dump Record Rain in Oklahoma and Cause Death in Texas